Mike took the nine and dropped the bull at his new home. All of the animals were emaciated and starving, including Bonnie. The people involved with the neglect were prosecuted and were found guilty of animal neglect with fines, probation, and a lifetime ban from owning animals.[/vc_column_text] 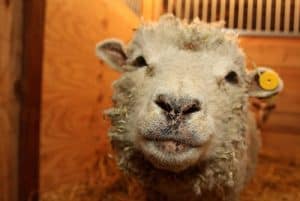