On December 27th, 2018 Mike received a telephone call at about 2:45 am from a police officer friend named Brian. He was saying there was a cow that had jumped out of a transport truck right onto route 80 and that she was running down the side of the highway. Mike hooked up the truck and they took the trailer to the location as fast as they could.

Paterson Police, New Jersey State Police, Paterson Animal Control, and two helpful tow truck drivers who had stopped to assist had roped her with a long strap and had herded her to the side of the road where she was out of immediate danger. They threw a loop of the strap around her head and tied her to a truck so that she couldn’t get away.[/vc_column_text][/vc_column][/vc_row]

…she opened her eyes and looked at me!

Mike placed a halter on her and lured into the trailer to bring her home and also to the vet. Upon examination, she was found to only have abrasions on her knees, her shoulder, swelling over her right eye and a bloody nose. While the vet was checking her over he found that she was very far along in a pregnancy.

He said she would be giving birth within two weeks. Mike hurried to set her up in an isolation area where only two days later, Brianna went into labor. 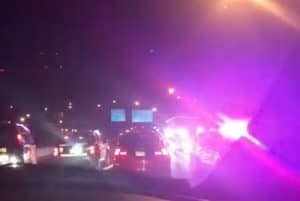 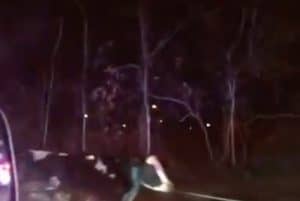 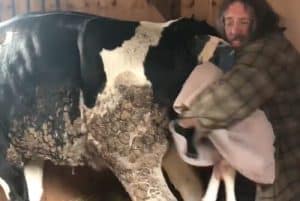 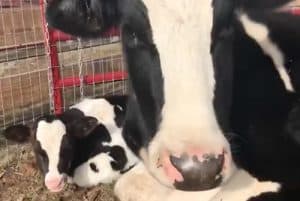 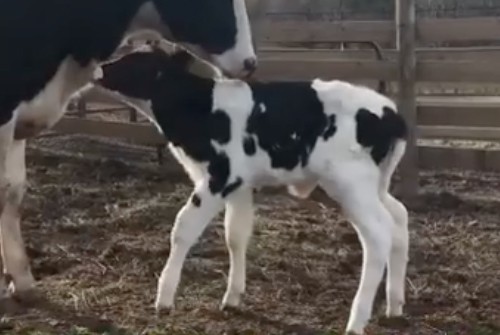 The vet had not arrived yet when she began giving birth so Mike pulled the baby and assisted with the birth of the baby girl named Winter.

“At one point during the birth, she opened her eyes and looked at me!” Mike said. “That’s when the reality of the situation really hit me.”

Winter’s birth went very well and Winter is healthy and happy with her mother where she belongs.